To give each child the love and security of a Christ-centered family and teach them values founded on the Word of God. We offer these often overlooked boys a quality, Christian education and critical life skills that will carry them through adulthood and point them solely to Jesus Christ, their Savior and Redeemer.

Throughout the cities and impoverished sugar cane villages of the Dominican Republic, homeless and abandoned children have become permanent fixtures. Economics, cultural traditions, and unsanitary conditions force them to scavenge and beg for scraps daily. Violence and loss have siphoned all hope.

In 2007, SCORE International, a Chattanooga-based sports and evangelism ministry operating in the Dominican Republic for 30+ years, began to search for ways to minister to orphaned boys, often found homeless and destitute. At the same time, Pastor Steve Berger was invited by Grace Chapel member Reese Smith to spend a few days in the DR participating in SCORE’s baseball ministry. The mornings were spent in baseball camps and ministry, while orphanages were visited in the afternoons.

Orphanages were established more often for girls only, and when Pastor Steve and Reese, who also serves on the board of SCORE, visited an orphanage where boys and girls had been housed together the previous years, they saw only girls.  Reese then asked the question, “Where are the boys?”  This led to the discovery of very poor living conditions for the boys who had been separated and moved to another location. Several Grace Chapel members were in the group who saw these boys, including Sarah Berger, as well as SCORE officials, and an immediate decision was made to join hands and prayerfully commit to making a long-term commitment to provide a loving home environment where young boys could grow up knowing the love of God, receive an education, and become leaders of the future for their families and their country.

SCORE had property in the Villa Espana section of San Pedro de Marcoris which they offered for this project.  The drawings for the homes were designed, but there was no name for this complex.  During this time, the sudden and unexpected accident that took our very much loved Josiah Berger to Heaven on August 14, 2009,  changed everything.  The Lord, our Comforter, whispered gently to us, “Josiah’s House.”  The loving and gracious response of the entire Berger family was “YES!”

With hearts full of gratitude for God’s provisions and appointments, we now see the fruit of the many prayers and love of those who followed God’s call to care for the orphans. 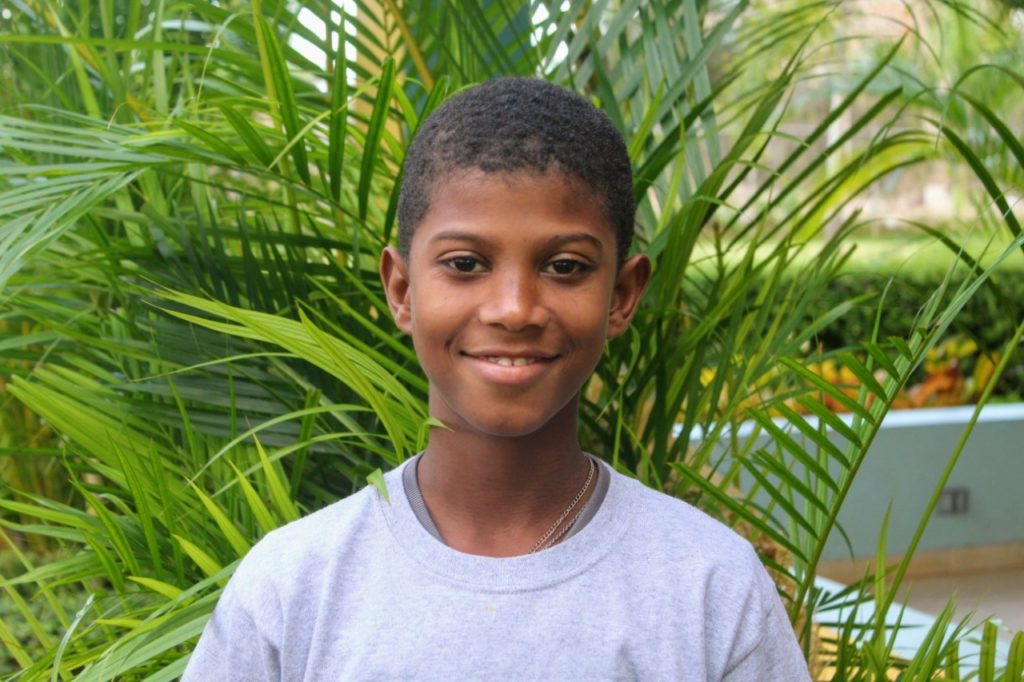 Eddy Junior is 13 years old and, was the youngest of several children in his family.  Eddy is a young man who loves justice and wants everyone to be treated fairly and follow the rules! He adjusted very well to life at Josiah’s House with the other boys and loves to serve others. He loves all sports and has a very competitive nature. He is thrilled to have his older brother Euri with him now at Josiah’s House, and we love that they are able to grow up together! Eddy has some learning challenges and he attends a school that specializes in the things he needs to help him face and conquer these challenges! 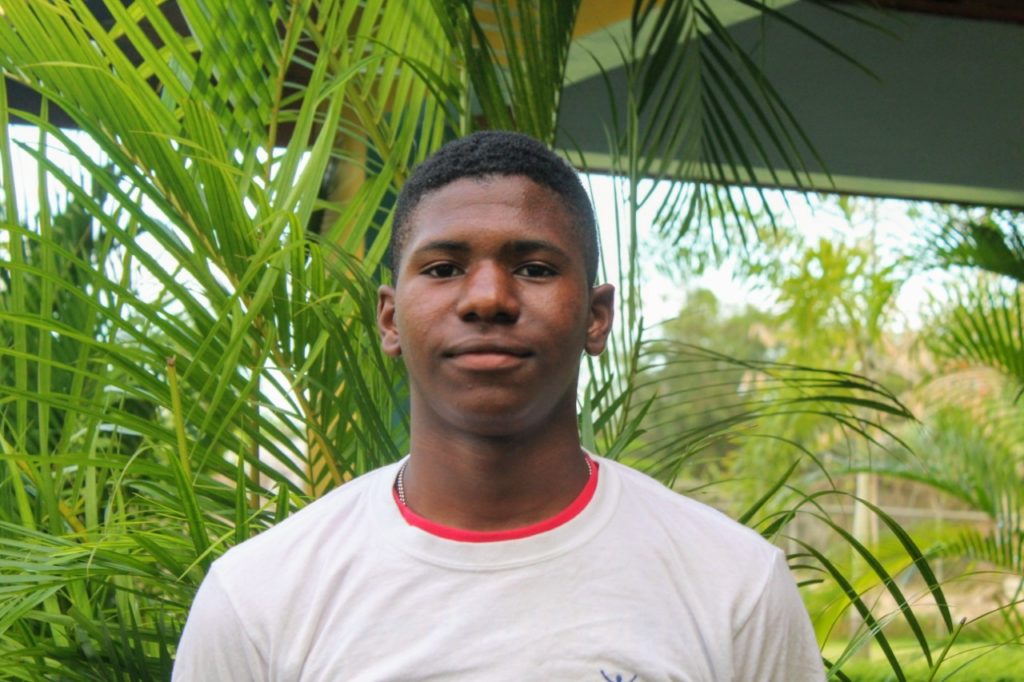 Jose Luis, 13, joined Josiah’s House in March 2015. Jose Luis’ younger brother, Eliander, also lives at Josiah’s House. His twin sisters Josefa and Josefina live next door at Giovanna’s House. It is wonderful to have this sibling set all living together. 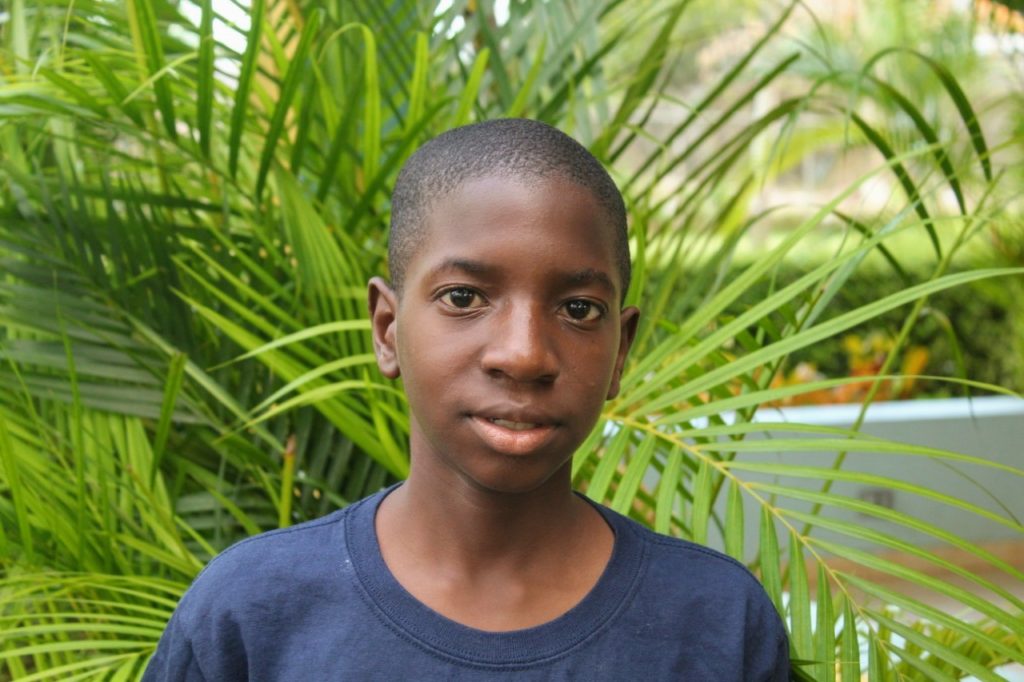 Eliander, 9, joined Josiah’s House in September 2015. Eliander is able to live at Josiah’s House with his older brother Jose Luis. His twin sisters Josefa and Josefina live next door at Giovanna’s House. 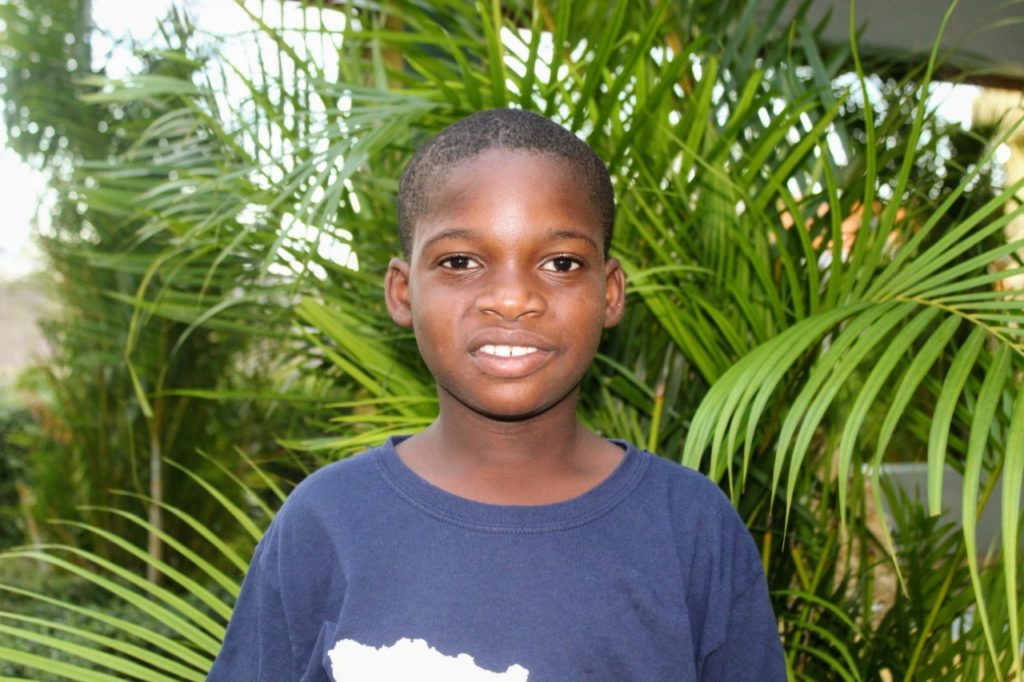 Noel is 12 years old, when he arrived at Josiah’s House it was just a few days before Christmas! Noel is a very special young man with a lot of energy and loves to be around people. Some of Noel’s favorite things are good food and Baseball. Noel came to us with many challenges but is excelling in many areas as we work with him. 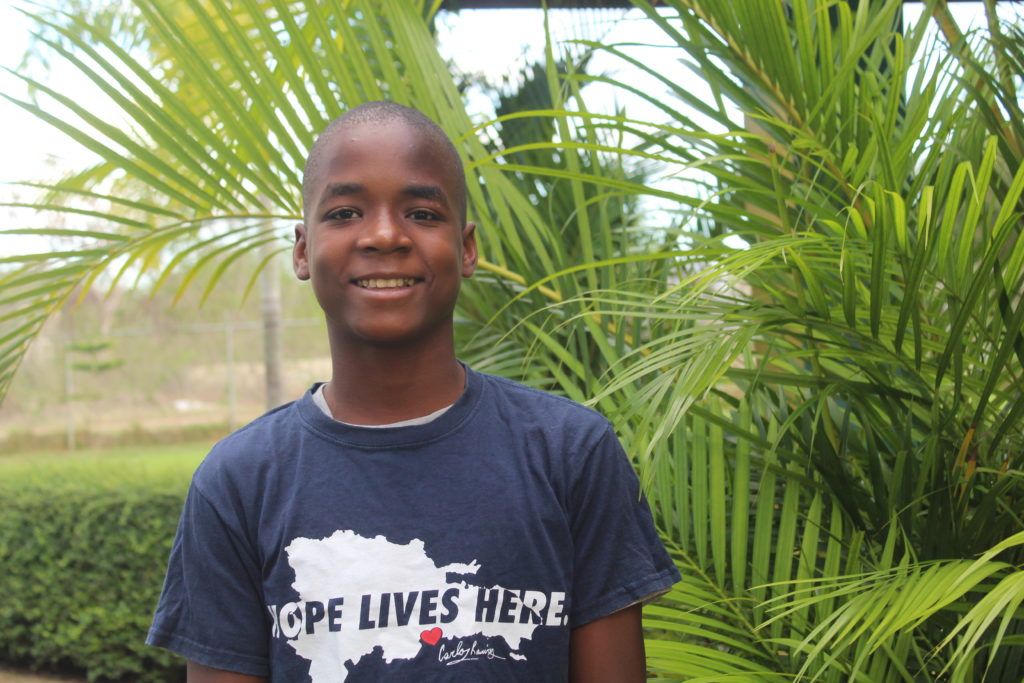 Ismael, 12, has a sweet disposition and an eagerness to learn. He joined us in January 2017 and we love working with this kindhearted little boy. 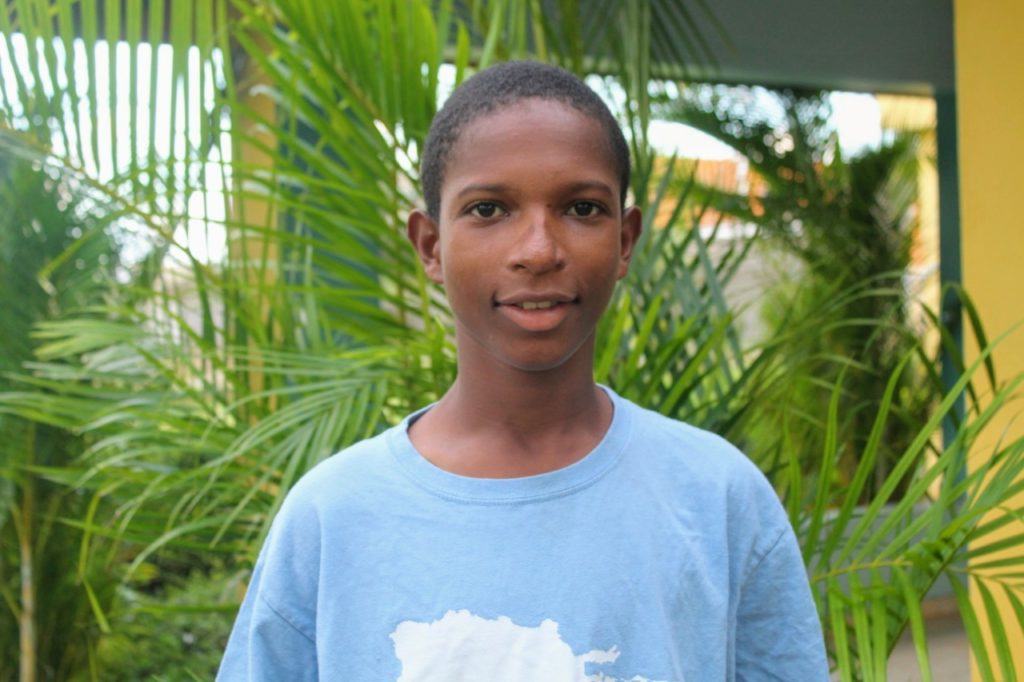 Eury is 16 years old and, is the older brother of Eddy Jr.  He joined us in the summer of 2017, what a thrill it was to see him united with his brother who was already living at JH! Eury is gentle and kind and loves to work with his hands on anything mechanical. He can often be found  helping  out around Josiah’s House with the grounds. 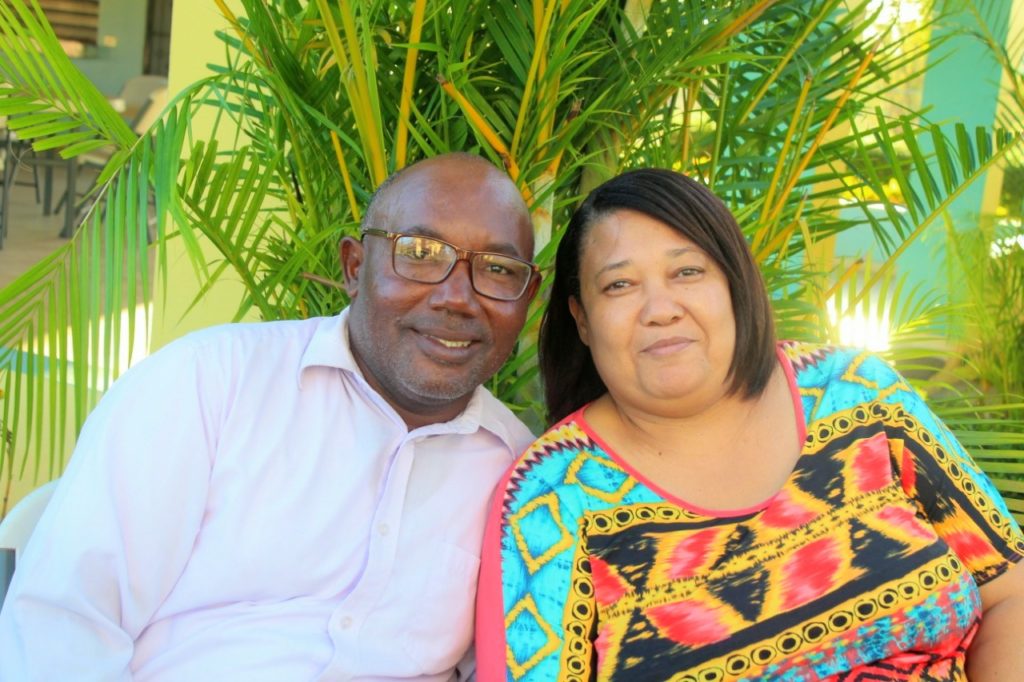 Pedro and Teresa have been working at Josiah’s House since 2017 as parents in Mercy House (better known as the Terra Cotta house). Their children are Jose Luis, Eliander, Euri, Eddy, and Ishmael. What they love most about working at Josiah’s House is seeing how God restores the life of every child that comes to live here. They love how God is using them to to touch these children with the love of Christ. 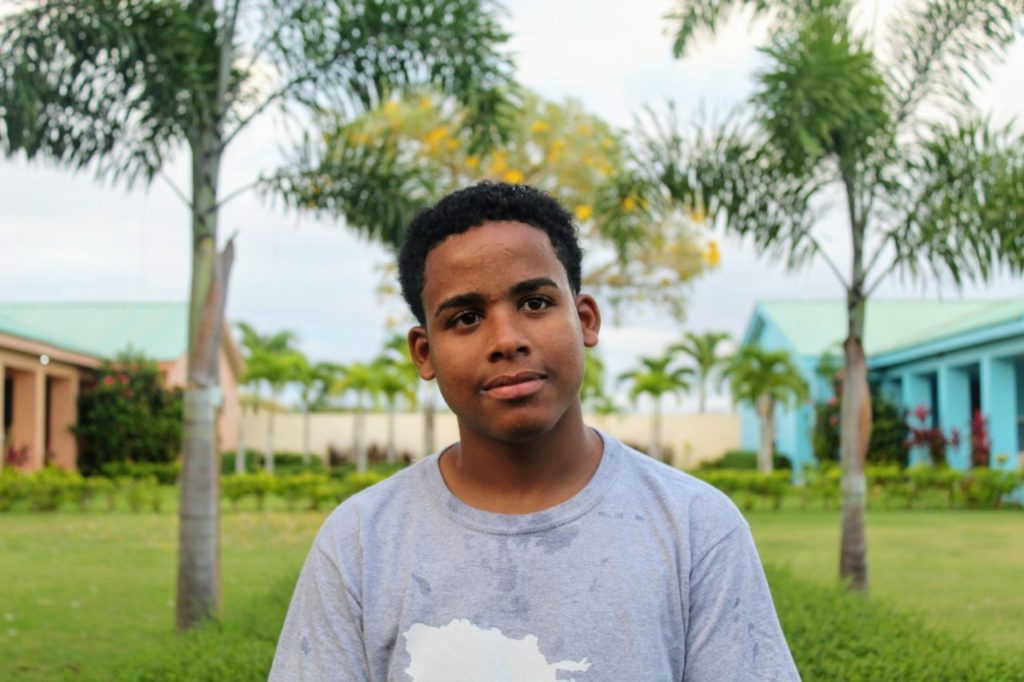 Argenis, is 15 years old, he is a happy-go-lucky boy, with a huge smile. He attends a local Christian school where he is a great student. Argenis loves to cook as well as eat, he has become quite the artist and he loves to serve with us in our neighboring communities. If you are around Argenis very long you will realize he loves to play practical jokes and has a great sense of humor. 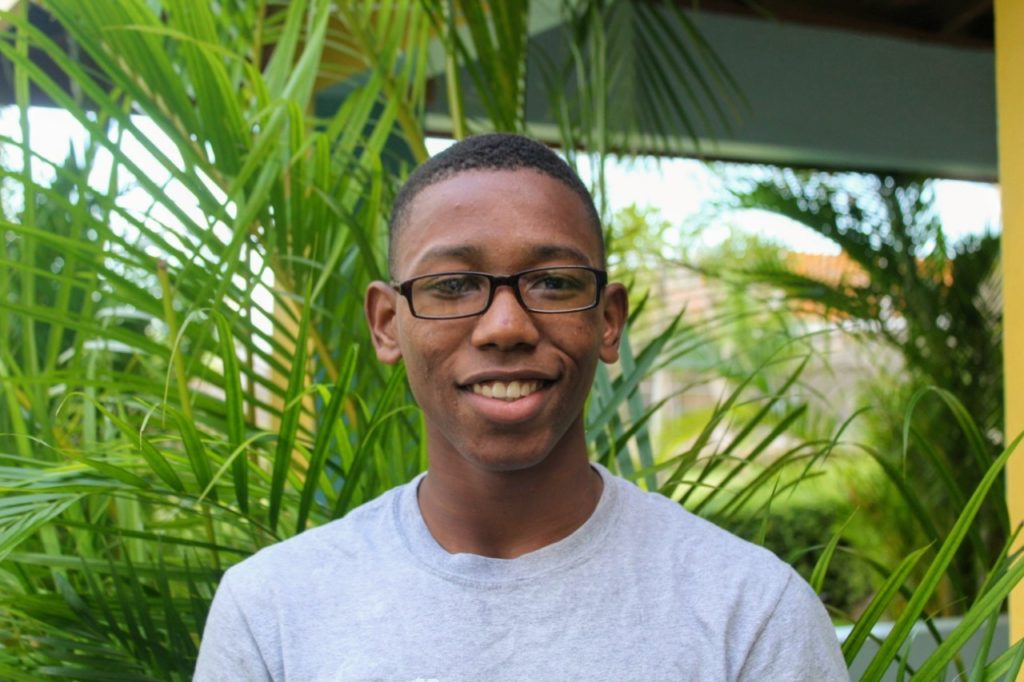 Darlin is 17 years old. He has a gentle, quiet spirit and merged easily and quickly into the Josiah’s House family. He was already a good reader when he joined us, and quickly started school. He now attends a private christian school here in San Pedro. He is very involved in his church and was baptized in February of 2015. Darlin battled retinal blastoma as a child and today wears glasses and a prosthetic eye. Today Darlin is cancer free, happy and healthy!  He is also quite the artist, gives the best hugs and loves to run! 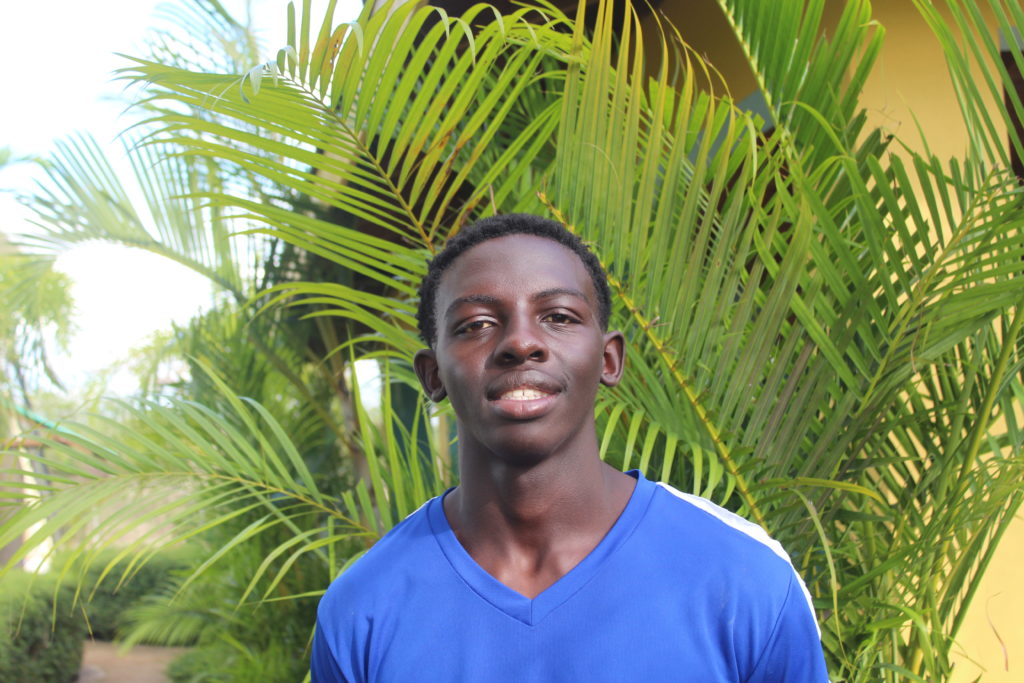 Fernando is 16, and  is currently an 10th grader at the local private Christian school where he is in the top of his class in many areas. He has a contagious smile and a gentle spirit. Fernando is fluent in English and during the summers works as a translator for groups that come to JH and occasionally with Score International.  He loves all sports but baseball is his favorite. 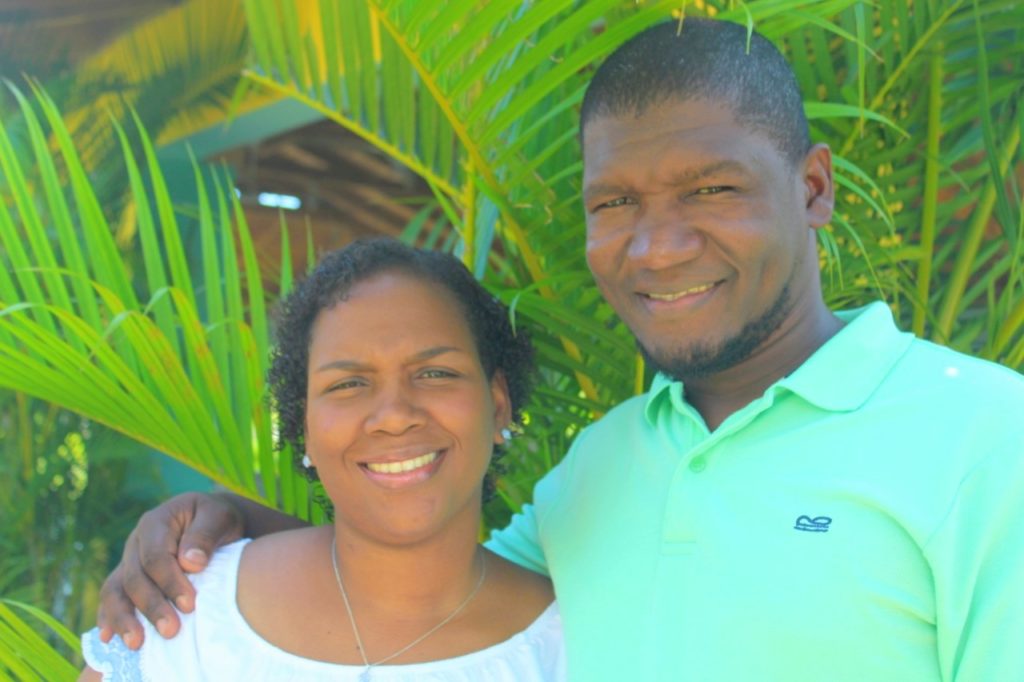 Aris and Fran have been parents in the Love House (Blue House) since 2012. They were our first set of house parents and they have poured into the lives of many children with broken hearts starting them on their healing journey with Christ. Aris is in charge of the kitchen, lodging, cleaning and is a member of the entrance committee for children being considered to enter Josiah’s House. Fran is in charge of maintenance and cares for the beautiful property at Josiah’s House. Fran and Aris are a perfect example of a healthy marriage and home for all the children here. 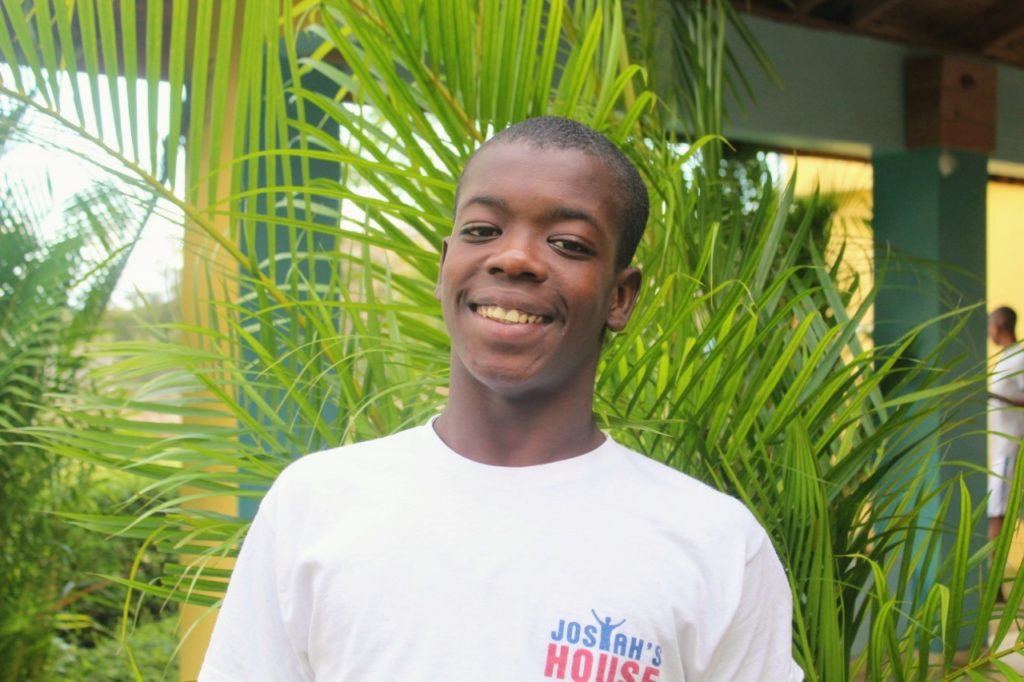 Teo is 17 years old, he came to Josiah’s House when we found him in a local Village with no family and no place to live. Teo has some special needs including hearing loss, and he is unable to speak, which made it even more difficult for him to survive on his own. Teo has learned quickly to be a part of the Josiah’s House family. Teo is now happy, safe and healthy, he attends a school for special needs children and is learning sign language and ways to communicate. Teo loves to play soccer and can make a kite out of almost anything! 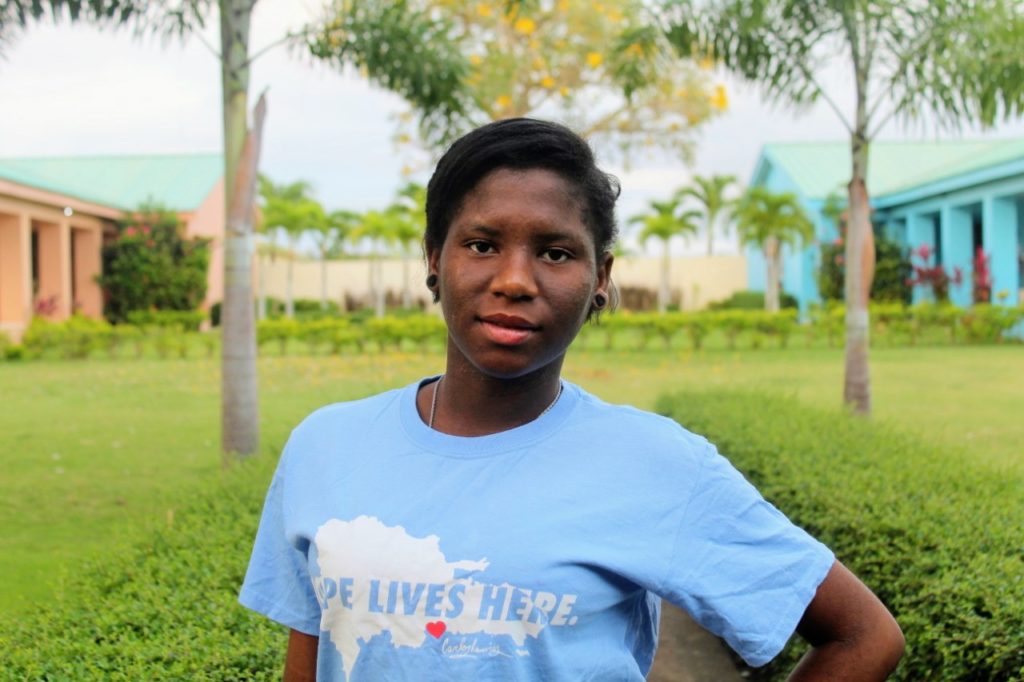 Josefa, 18, and her twin sister Josefina were the first girls to live at Giovanna’s House. They joined their siblings Eliander and Jose Luis on the campus at Josiah’s House after their mother passed. We have loved reuniting these siblings and keeping this family together. Josefa and Josefina are now our first girls to join the Josiah’s House Scholarship Transition Program and will be living off campus in a house while they finish their High School education. 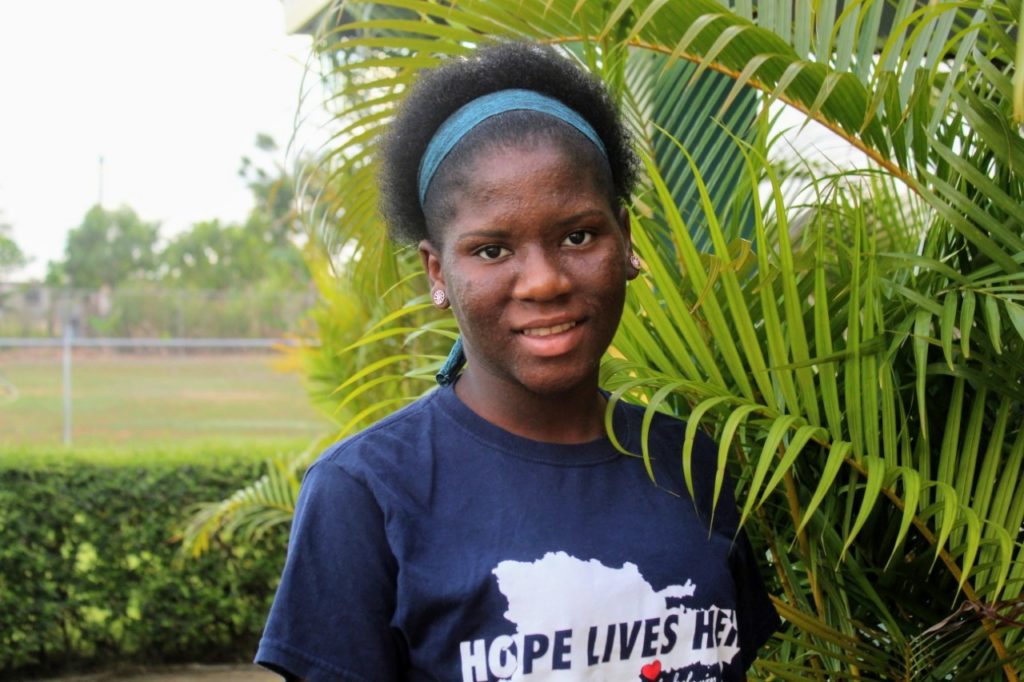 Josefina, 18, and her twin sister Josefa were the first girls to live at Giovanna’s House. They joined their siblings Eliander and Jose Luis on the campus at Josiah’s House after their mother passed away. We have loved reuniting these siblings and being a part of keeping this family together! Josefina and Josefa are now our first girls to join the Josiah’s House Scholarship Transition Program and will be living off campus in a house while they finish their High School education. 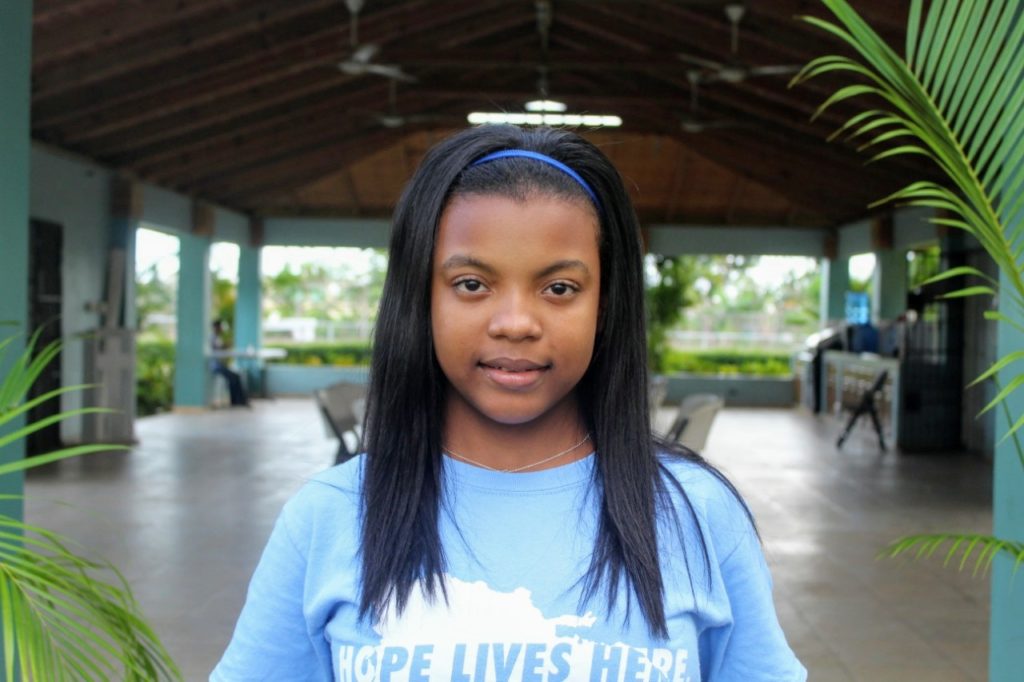 Luisa is 13 years old, she is full of enthusiasm and joy. She very responsible and loves to serve. She loves her family at Giovanna’s House and enjoys helping to take care of her younger siblings. Luisa aspires to be a lawyer after she graduates college. 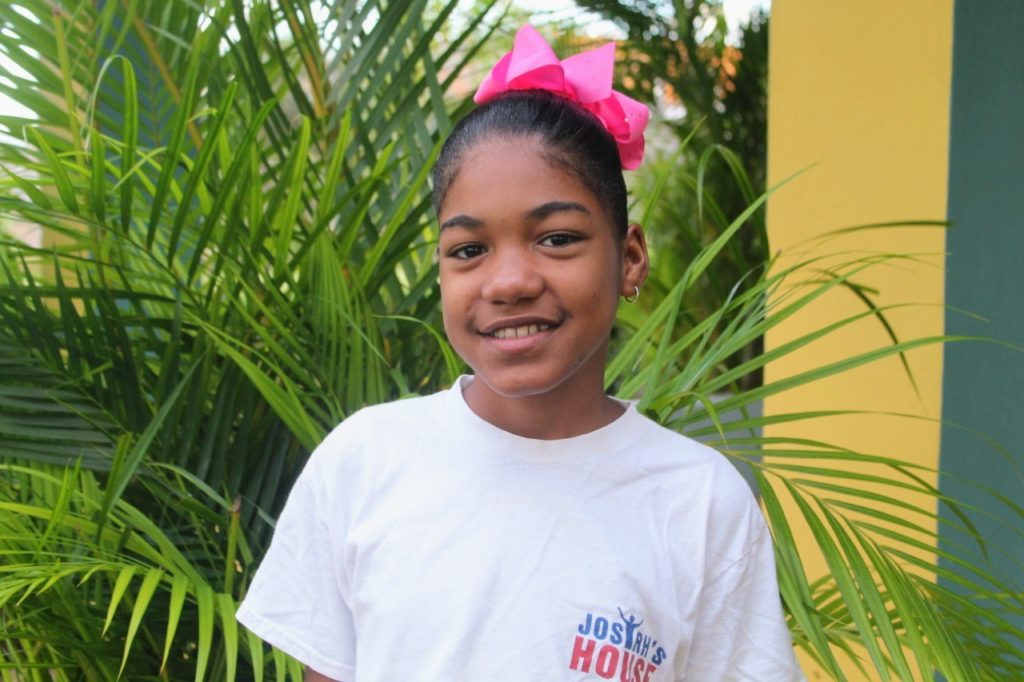 Mercedes is 11 years old. She is full of joy and loves to have fun. Mercedes loves to spend play and spend time with her sister’s at Giavanna’s House. She has a servants heart and loves to work with others in serving. Mercy also has many talents. 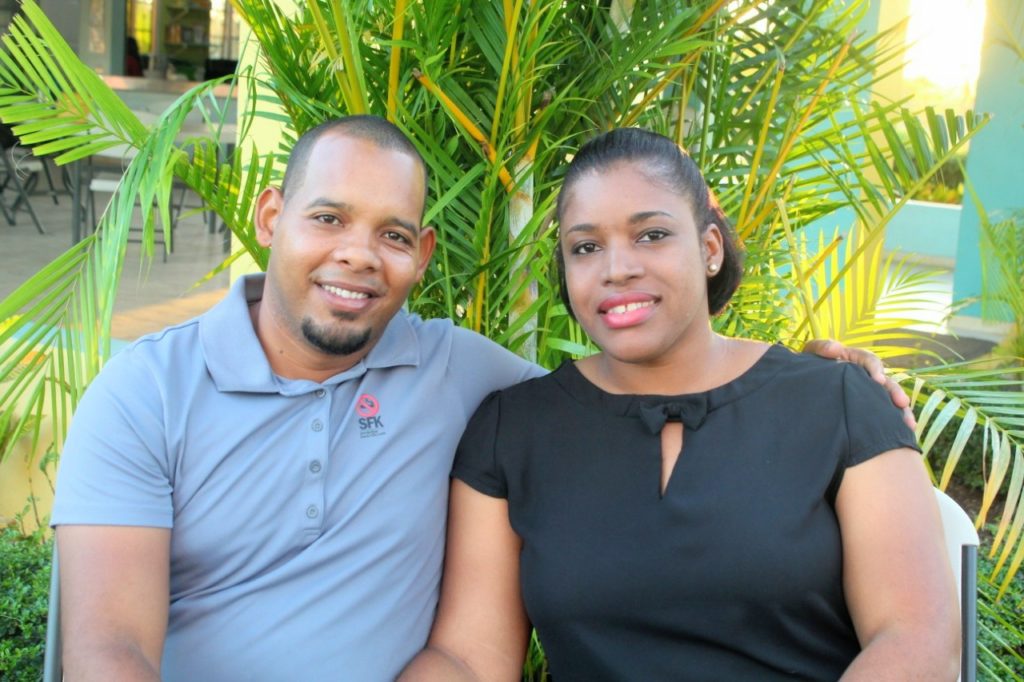 Uriel and Emily have been working at Josiah’s House since 2015 as parent’s in Giovanna’s House (Faith House). They have 2 biological children Nathanael and Abigail. Uriel and Emily have recently become the Directors of families here at JH, they meet with and help the parents and children with anything they might be dealing with. They love being used by God to care for and pour into these girls by modeling what a family and marriage is like under Gods plan.

Through the JH Scholarship Program, we are committed to support our 18+ year-old young men and women and help them with basic living expenses as they finish high school.  In addition, we hope to help them seek scholarships, jobs and financial aid so that they can further their education in a university or technical college if they desire.

Julio known as (Tio Julio) has been working at Josiah’s House since 2013 where he started as a teacher for the children and a Spanish tutor for Bob and Diane Spencer. Julio has been the Administrator for Josiah’s House for several years and has recently stepped into the roll as Director. Julio does everything with excellence and has a big heart for all the children. His passion is to create opportunities for the children to be able to develop fully and above all things to know Christ in a personal way. 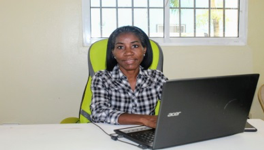 Maria Todd has been working at Josiah´s House since 2017 as social worker helping the children stay connected with their biological family as well as a parent assistant. She loves being able to touch the hearts of children through her personal relationship with them. Maria has 2 sons Francisco and Victor and one grandson Julio. 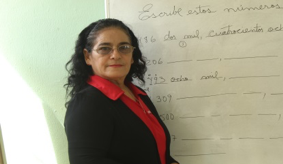 Josiah’s House is the extended heartbeat of Grace Chapel in Leiper’s Fork, Tennessee, and is named in honor of Josiah Berger, the son of Grace Chapel’s Pastor, Steve Berger, and his wife, Sarah. Josiah unexpectedly went to Heaven in 2009 at the age of 19 and is now more alive than ever! Josiah’s love for missions and his enthusiasm for life continue to inspire those desiring to pour hope into the lives of these amazing boys.

© 2017 JOSIAH'S HOUSE. ALL RIGHTS RESERVED. SITE DEVELOPED BY 5BY5 | A CHANGE AGENCY